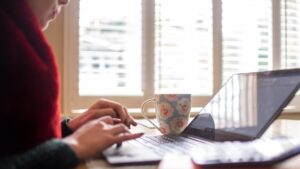 The number of online job adverts rose this month as employers anticipated the lifting of Covid-19 restrictions, according to the Recruitment and Employment Confederation.

As many as 146,000 new adverts were posted in the third week of March, taking the total number of active job adverts to 1.29 million.

This comes after an increase of 179,000 in the previous week, making the past two weeks the highest weekly figures since the pandemic began.

“The labour market has been remarkably resilient through the latest national lockdown and this increase in new job adverts could indicate a growing number of businesses looking to bring in new staff in the coming months as restrictions ease,” a report by the confederation said.

Growth was driven by vacancies for veterinary nurses, up by 14.3 per cent, and bricklayers, which rose by 13.6 per cent. Businesses in the retail and hospitality sectors are also preparing for the reopening of the economy. Vacancies for sales and retail assistants rose by 9.7 per cent, while demand for kitchen and catering assistants was up 7.6 per cent.

East and West Dunbartonshire remained hiring hotspots in mid-March, with increases of 4.7 per cent and 4.4 per cent, respectively. The biggest fall was on the Isle of Wight, where vacancies were down by a fifth.