Got More Than One Pension Pot? Here’s How You Could Benefit From Combining Them. 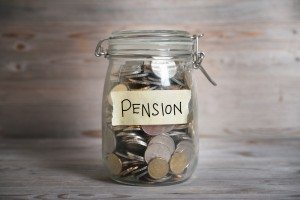 If you have more than one pension pot, you can combine them to simplify things.

Doing so will mean less management, so less hassle. It also means that you might pay less in charges. Fewer charges mean your pension has greater growth potential.

Another benefit of combining your pension pots is that it provides you with an opportunity to assess how your pensions are performing. You can then decide if you want to get rid of any with low growth, or worse, that might be losing money.

How Could You Have More Than One Pension Pot?

Probably the most common reason for having more than one pension pot comes down to changing jobs throughout your working career. Workplace pensions have been offered to employees for decades, but different employers sign up for other schemes. Therefore, you could have multiple pensions from various pension providers.

If you’ve moved between different employers, the likelihood is that you’ll have more than one pension. Since 2012, employers have been obliged to auto-enroll employees into a workplace pension. The qualifying criteria are that you are at least twenty-two, employed, with a minimum annual salary of £10,000.

If you’re unsure whether you have a pension with a previous employer, it is worth finding out. You could be missing out on thousands of pounds if you don’t.

How Can You Find Lost or Forgotten Pensions?

Finding a lost or forgotten pension is easier than you might have expected. You can use either of these two methods:

Using the Gov.UK Online Pension Tracing Service is straightforward and free. However, there are limitations to the information you’ll get back. An independent company might offer you an easier route to tracing a pension. However, you will likely have to pay for their service. It is worthwhile finding out the terms before committing to use one of these independent services.

All pension schemes come with charges, and these differ between different pension schemes. Some schemes have clear and straightforward fee structures, while others are much less so. For instance, there may be a one percent difference in the fees of two companies offering the same pension product. This amount might not seem significant, but it can add up to a difference of tens of thousands of pounds over the pension’s life.

How Can You Combine Your Pensions?

In certain circumstances, you can combine pensions yourself. There are also FCA-regulated companies that can do it for you. These companies gather the information they need from you, then switch your multiple pensions into a single scheme. It is advisable to use a financial advisor regulated by the FCA rather than a company that will merely combine your pensions but offers no advice.

Using a Financial Adviser to Combine Your Pensions.

As we’ve just mentioned, it’s a good idea to get some advice alongside your pensions being combined. To get specialist insights into pensions, you can use a regulated independent financial advisor.

To combine your pensions merely to cut down on administration is not a great idea. You might end up paying higher fees or not having as good a performance. Speaking to an advisor first will allow you to conduct a much more rigorous assessment of whether you should combine your pensions.

Moreover, it could put extra money in your pension pot. An ILC-UK study from 2019 showed that those who sought professional financial advice added on average over £30,000 to their pension pot’s value compared to people who did not.

Can the State Pension Be Combined With Other Schemes?

In short, no. The government provides the State Pension, and it’s based on the amount of National Insurance contributions you make throughout your working life. To receive a full State Pension, you will need to have made thirty-five years’ worth of contributions.

If you are looking at options for your pension, get in touch with a regulated pensions specialist like Portafina or, view the information at Pension Wise.

Read more:
Got More Than One Pension Pot? Here’s How You Could Benefit From Combining Them.