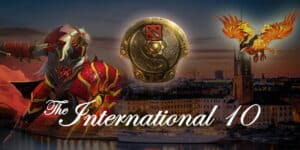 The world in 2020 got smashed by a serious epidemic that turned into an invincible boss for the esports stage.

Most of DPC tournaments were canceled, and later, as many fans were afraid, Valve rescheduled the main tournament of the year, The International, until further notice.

Even its anniversary did not help to stop the reschedule. The whole world got quarantined, air travelling was closed and all ways to get to another country. The only way-out for these difficult days were online tournaments. But now it is 2021, the lockdown is fading away, tournament operators start to announce LAN tournaments. Dota 2 fans have a chance to enjoy beautiful matches between top teams again as there is a hope that The International 10 will be held.

First Sprouts on Esports Stage in 2021

January gave a start for the DPC 2021 season which is going to last six weeks in all regions. The competition was severe at the beginning, some high-class gamers were unable to gather stacks to participate in the championship. Missing the first tournament means that the team will not make it to The International. There will be two seasons during the year and all operators are going to hold one major each in between.

According to the latest news, the first major is to be held in Singapore — ONE Esports Singapore Major 2021. The event is scheduled at the end of March or at the beginning of April. Teams will get invitations during the season, basing on the results of the regional competition. The prize pool of the event will consist of one million dollars.

But there is a positive factor: massive vaccination. Several pharmaceutical companies have developed a cure that has already gone through the last stage of testing. If everything goes well and there is no outbreak of a mutated variant of the virus, the events will not be canceled or rescheduled.

The president of Valve has recently said that he does not exclude a chance of holding The International in New Zealand. Gabe Newell spent all quarantine on a small which can come quite in handy when there is a virus pandemic. But, in fact, relocation of a major tournament will not be met warm by fans. The anniversary tournament is likely to be held in Stockholm as it is planned. The governmental quarantine restrictions are not so strict there.

Some users make conjecture about the prize pool of the tournaments thinking that its sum will turn over 80 million dollars. As fans are to see another battle pass and the money from the previous event was not played for, there is a chance that these sums will be combined. The prize pool of the anniversary tournaments will be the largest in history.

What Can Obstruct The International

Now there are no serious threats to holding the tournaments. But in the future, as it has already happened in 2020, the company Valve may reschedule The International until further notice or hold it online. The main problem for the esports stage is still the coronavirus pandemic. If the scientists detect a new mutation of the virus that will demand a new cure, the whole world will be locked down again. In this case you may stop even hoping for offline tournaments.

Another reason for cancellation of the tournament is the weak effect from vaccination. If the percentage of the cured is not enough and the virus keeps spreading, the restrictions will be reinforced. But it is an unlikely scenario, as there were several companies who worked on the cure. One of the vaccines must be fruitful in any case and the humankind is to finally forget about the virus threat.

Now it is too early to make conclusions about the main tournament planned in August. Anything can happen in the first half of the year, even a new epidemic. There are more positive factors than negative ones. The new DPC season has already been announced and started, LAN tournaments are scheduled for March and April. Borders of many countries are open for foreigners who want to visit them, airlines are ready to take passengers on their boards.

Read more:
Should We Expect The International 10 in 2021?