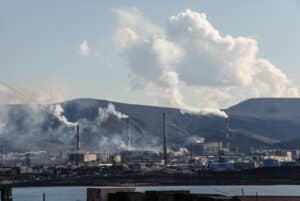 Nornickel said that the profit decline was due to the write-down of $2 billion, which the company had set aside to cover damages after the diesel fuel spill in May, as well as COVID-19 spending.

“We delivered strong financial results in 2020. Our revenue increased 15% to USD 15.5 billion driven by higher prices of palladium and rhodium and the ramp-up of Bystrinsky project. EBITDA was down 3% to USD 7.7 billion due to a large environmental provision related to the damages caused by the fuel spill, COVID-related expenses and temporary build-up of metal inventory. Capital expenditures in rouble terms increased more than 50%, while in dollar terms they were up 33% to USD 1.8 billion.

The Company provided comprehensive support to safeguard the health and safety of its employees and regional communities. In total, the group spent $157 million net of VAT to prevent and combat the spread of COVID-19.

Nornickel is a diversified mining and metallurgical company, the world’s largest producer of palladium and high-quality nickel, as well as a large producer of platinum and copper. The company also produces cobalt, rhodium, silver, gold, iridium, ruthenium, selenium, tellurium, sulphur, and other commodities.

Its production facilities are located in the Norilsk industrial region, on the Kola Peninsula and in the Trans-Baikal Territory in Russia, as well as in Finland and South Africa.