Half of UK employees would quit if denied flexible working 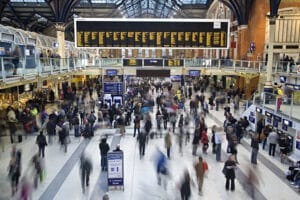 Half of employees say that they would look for a new job if their bosses do not allow flexible working after lockdown.

A survey of 2,000 randomly selected workers found that 49 per cent would try to change jobs after the pandemic if they could not work in their preferred location. Two thirds of workers said that they wanted to switch to a combination of home and office working, when it was safe to do so. Many cited the time saved on commuting and an improved work-life balance.

However, only one in ten believed that their bosses would give staff the option to work in their preferred location. Less than half of workers predicted that their employer would choose a form of hybrid working.

The research by Atlas Cloud, an IT services company, suggests that up to 7.42 million people who are working from home could look to switch jobs if their employers do not agree to accommodate flexible working in the future.

Almost 47 per cent of employees worked from home in 2020, according to the Office for National Statistics.

Employers are reviewing their office requirements before Boris Johnson’s announcement on Monday on the route out of lockdown.

A separate survey of 500 employers by the Recruitment & Employment Confederation found that one in four large businesses would consider hiring people who did not live close to the office, reflecting the shift toward a more flexible labour market. The confederation argued that this approach could benefit large numbers of workers and result in a further boost to national productivity as employers open themselves up to a wider pool of talent.

Pete Watson, chief executive of Atlas Cloud, said: “The most striking and consistent finding throughout each lockdown has been that employees do not want to go back to the traditional full-time office arrangement — but they don’t want to lose offices as a working environment and place to meet with colleagues, either. Instead, the findings point again to the future of hybrid working.”

Read more:
Half of UK employees would quit if denied flexible working