Bitcoin smashes through $50,000 barrier as hopes of recovery grow 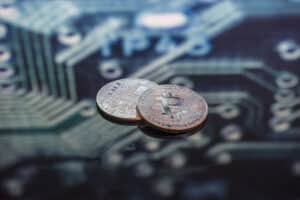 Bitcoin passed the $50,000 mark for the first time yesterday as signs of its shift from the fringes of finance to the mainstream continue to strengthen the world’s largest cryptocurrency.

Fuelled by tentative acceptance on Wall Street and enthusiasm in Silicon Valley, the digital asset hit an all-time high of $50,487.78. It has rallied on mounting hopes of rapid economic recovery that have helped lift global markets to record levels.

Optimism surrounding the speed of Covid-19 vaccinations and expectations of a swift recovery continue to boost equities worldwide. The MSCI All Country World Index, which measures stock market performance in 50 developed and emerging countries, was on its longest positive streak in 17 years as it rose for a 12th consecutive session.

Bitcoin was created in 2008 as strings of computer code with no physical form by a secretive software developer using the name Satoshi Nakamoto. Trading of the currency, up by more than two thirds since the start of this year, has been volatile with sharp increases followed by heavy declines.

While intended as an alternative currency to pay for goods and services, bitcoin’s main use has been speculative trading. Supporters argue this appears to be on the cusp of changing, however, on the back of mounting interest among investors and consumers alike.

Tesla, the electric carmaker, this month accelerated bitcoin’s recent rally by disclosing a $1.5 billion investment and saying that it would accept the asset as payment for its vehicles. Uber raised the prospect of its users being able to pay for rides and deliveries with cryptocurrencies, and Twitter said it will look at paying staff with digital coins.

Increasingly bullish fund managers are allocating more of their portfolios to global equities and commodities than at any time in the past decade, according to Bank of America, which polled 225 chief investment officers and portfolio managers responsible for $645 billion of clients’ money. It reported that investor sentiment about the global recovery was at a record high.