According to the UN Conference on Trade and Development (UNCTAD) global trade update released on Tuesday, East Asian economies have been leading global trade’s recovery from the effects of the coronavirus disease 2019 (COVID-19). 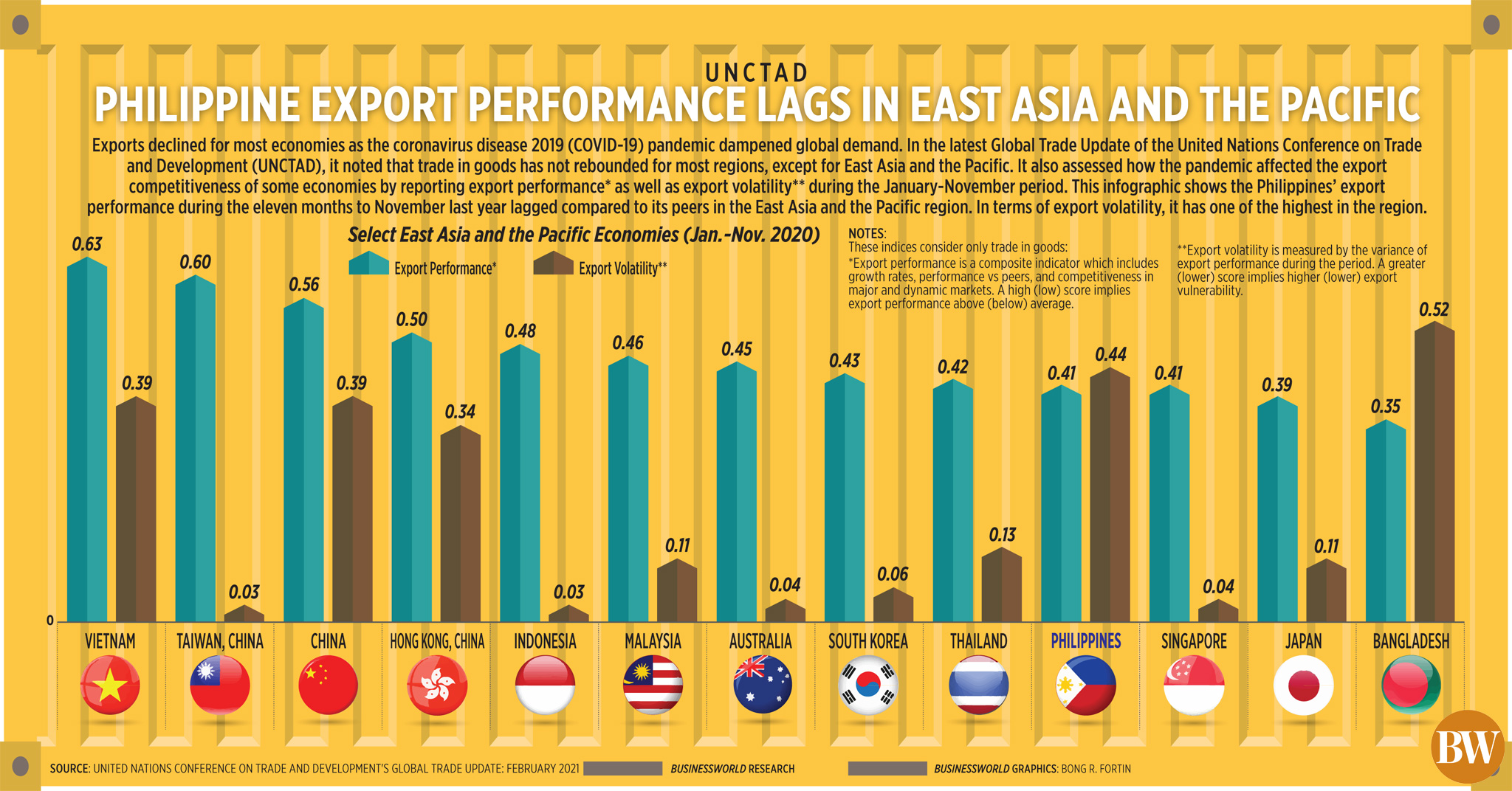 “East Asian economies have been leading the recovery process with strong export growth and gains in global market share,” UNCTAD said, noting most manufacturing sectors rebounded in the fourth quarter, apart from energy and transport.

The UNCTAD report showed the Philippines scored 0.41 in export performance for the 11-month period in an index in which a higher score indicates above average performance. In contrast, China scored 0.56, South Korea at 0.43, Vietnam at 0.63, and Thailand at 0.42.

UNCTAD said the pandemic impacted not just global demand but the relative competitiveness of countries.

In contrast, the Philippines lost competitiveness in machineries, one of its top export sectors, which declined 7% in the first 11 months of 2020.

Government export targets for this year and 2022 were revised to reflect the extent of the impact of the pandemic, aiming for $105 billion.

Q1 SLOWDOWN SEEN
Meanwhile, the recovery in global trade is expected to slow down in the first quarter as uncertainty over the pandemic remains.

“However, projections remain imprecise due to persisting concerns about COVID-19 and uncertainty about the magnitude and timing of stimulus packages in some major economies.”