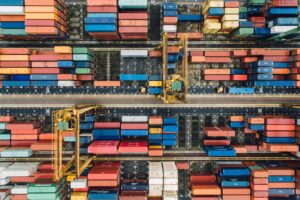 Small British businesses exporting to the EU are struggling to navigate a new VAT regime, with one tax advisory firm receiving up to 200 calls a week from worried companies.

The Federation of Small Businesses (FSB) said its members are facing “significant issues” as a result of leaving the EU VAT area. “Businesses just did not have enough time to prepare for this,” said Selwyn Stein, managing director of VAT IT, a firm that helps reclaim the sales tax. “They’re being hit by a rulebook from 27 separate countries, when they are used to dealing with the EU as a single bloc.

“They are calling us in a panic because their goods have been stopped and they don’t know what to do,” he said. “They have become fearful about trading so are stopping shipments until they have a resolution.”

The UK is no longer part of the single EU VAT area, which means the sales tax is now collected by each country. Bills must be settled upfront by the buyer, with a lack of preparedness on the part of exporters and purchasers resulting in shock demands for payment at the border in recent days.

Many small firms are having to consider registering for VAT in multiple jurisdictions for volumes in sales that are often relatively low, according to the FSB, which said the extra administrative burden could be off-putting.

Phil Ward, managing director of Bristol-based firm Eskimo, which sells designer radiators for up to £4,000, said he is considering moving some of its manufacturing to Poland to stay competitive. Brexit had dealt his business a blow, because the EU accounted for 25%-45% of its sales.

Eskimo has not exported anything so far this year as its main distributor has been unable to find a carrier willing to take the job.“We are the only designer and manufacturer of posh radiators in the UK – everything else is imported from Turkey or Italy,” said Ward, who is concerned it is a “hell of a lot more difficult” for EU buyers to deal with a British company than its main rivals, which are based in Italy.

David Lee, managing director of Torqueflow-Sydex, an engineering company, said it is now charged VAT at 22% on goods manufactured by its Italian sister company, which are then sold to another EU country, because it is a UK entity.

“This is adding 22% on to our costs, which in a competitive market is an absolute killer,” said Lee.

Lee’s company’s options include directing shipments via the UK or registering as a tax entity in every EU country it trades with.

“I’ve been in the industry for over 30 years, working with Australia, Russia and the Middle East – this just makes everything look a joke,” he said.

A Cabinet Office spokesperson said help was available via a dedicated HMRC phone line and online at gov.uk. “Now the UK has left the EU customs union and single market, there are new rules and processes businesses will need to follow,” they said. “The Government will continue to work closely with businesses to ensure they are able to trade effectively under the new rules.”