Less than half of retailers’ rent collected with landlords owed billions 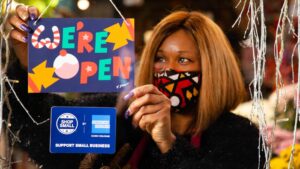 British Land has collected less than half the quarterly rent it was owed by retailers last month as pandemic restrictions continue to weigh heavily on commercial landlords.

The owner of the Meadowhall shopping centre in Sheffield said that it had collected 46 per cent of the £42 million rent owed for the three months from Christmas Day. That does not include rent waived by the company to support its most vulnerable tenants.

British Land suggested that the first quarter of this year would be similar to last March, when a national lockdown also was in force and 49 per cent of rent was collected. Seventy-three per cent of retail rent was paid in June and 72 per cent was received in September. In the weeks leading up to Christmas, 73 per cent of British Land’s stores were open; now only 32 per cent are open.

Billions of pounds in rent payments have been deferred by British businesses during the pandemic. A year-long government moratorium on evicting commercial tenants that fail to pay rent is due to end on March 31. However, it is unclear how the debts will be settled.

Tom Wallace, chief executive of Re-Leased, a commercial property management platform, said: “The accumulative impact of this growing shortfall should not be underestimated.” Research by the platform showed that so far landlords in Britain had received about 55 per cent of rent due for the latest quarter.

British Land is one of Britain’s biggest listed property companies, with a market capitalisation of £4.2 billion. Retail property accounts for about a third of its portfolio by value, with the remainder coming from mostly central London offices. Rent collection in this sector has been more resilient, with 95 per cent of the £44 million of rent owed last month being received.

Read more:
Less than half of retailers’ rent collected with landlords owed billions