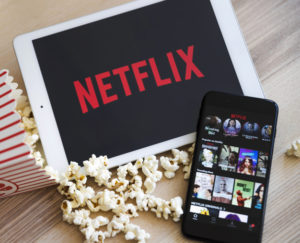 Data presented by Bankr estimates that Netflix will spend about $19.03 billion on video content in 2021. The amount will be an increase of about 10% from $17.3 billion spent in 2020. Since spending $2.4 billion in 2013, the streaming giant has been increasing its video content budget yearly.

The projection is attributed to factors like the company’s focus to produce more original video content as detailed in the investor letter for the 2020 Q3. Producing Netflix originals requires more cash upfront. Over the years, Netflix routinely raises debt to fuel content spending on originals. Since Netflix launched its first original series in 2013, the streaming service has put its original content front and center with significant budget allocation.

Furthermore, the company is reportedly lining up a higher budget on originals from the Asian market. After successfully producing shows like the Korean zombie period thriller “Kingdom” and reality series “Indian Matchmaking,” Netflix seeks to make a mark in a region and match up the competition. Notably, the region is witnessing a growth in subscribers.

The projection is also based on the fact that Netflix has been recording an increasing number of paid subscribers every quarter. Additionally, the firm onboarded more users during the pandemic hence the need to retain the subscribers. With the subscriber growth likely to continue
Netflix can take additional revenue and expand its content budget even more. Therefore, the more Netflix can reinvest in original shows and movies, the more it retains current users and attracts new paid subscribers. Netflix also has a history of growing its video content budget in a declining trend yearly.

Additionally, Netflix has been witnessing a peak in cash burns. Proceeds from the cash burns area are channeled to original content spending. The proceeds are also used in investments, working capital, and potential acquisitions and strategic transactions.

Netflix is yet to announce how it spent the video content budget allocated for 2021. It is worth noting that the company halted production early this year due to the pandemic as lockdowns were imposed to manage the virus. The company, therefore, focused on buying content from other production houses. In the event the firm did not spend the entire budget, it might be rolled over to 2021.

The estimate comes as streaming competition continues to heat up. Hence, Netflix is witnessing stiff competition from Disney+ and Apple TV+. However, Netflix continues to have an advantage regarding its content. The firm can produce programming on a global basis. Recently, the streaming giant has seen an increase in content from other regions like Asia and Africa. It continues to outshine other players who are currently more focused on Hollywood titles.

Overall, Netflix needs a lot of video content to remain competitive. However, the shows need to retain subscribers especially those onboarded during the pandemic. If the subscriber growth slows down, Netflix might need to look for other ways to attract more users.

Read more:
Netflix is projected to spend $19 Billion on video content in 2021