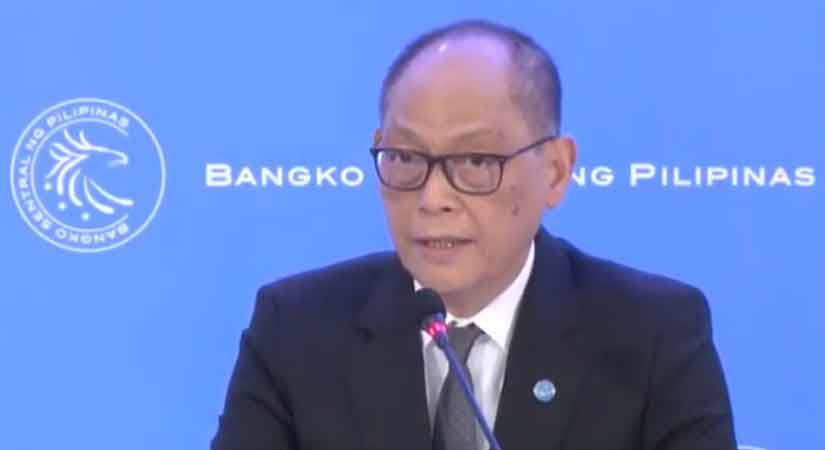 “The BSP has injected a total of P1.5 trillion into the financial system, equivalent to about 7.6% of gross domestic product (GDP), as part of its liquidity-easing measures to address the impact of COVID-19 pandemic,” he said in an online speech at the Iloilo Business Conference Business Webinar Series Tuesday.

Domestic liquidity or M3 — the broadest measure of money supply — rose 14.5% year on year to about P13.6 trillion in July, against the 14.9% increase in June.

The BSP has reduced benchmark rates by 175 basis points (bps) to provide support to the economy, bringing down the overnight reverse repurchase, lending, and deposit facilities to record lows of 2.25%, 2.75%, and 1.75% respectively.

It has also reduced the reserve requirement for banks by 200 bps for big banks and by 100 bps for thrift and rural lenders.

The BSP also offered banks regulatory relief by allowing them to count loans to small businesses as an alternative form of complying with reserve rules. The central bank also reduced the credit risk weight given to borrowing by small businesses.

“Because of this, we have new loans to micro-, small-, and medium-sized enterprises of around P109 billion as of August,” Mr. Diokno said in a Laging Handa Briefing on Wednesday.

The Monetary Board will conduct its fifth policy-setting review this year on Thursday. — Luz Wendy T. Noble, Gillian M. Cortez